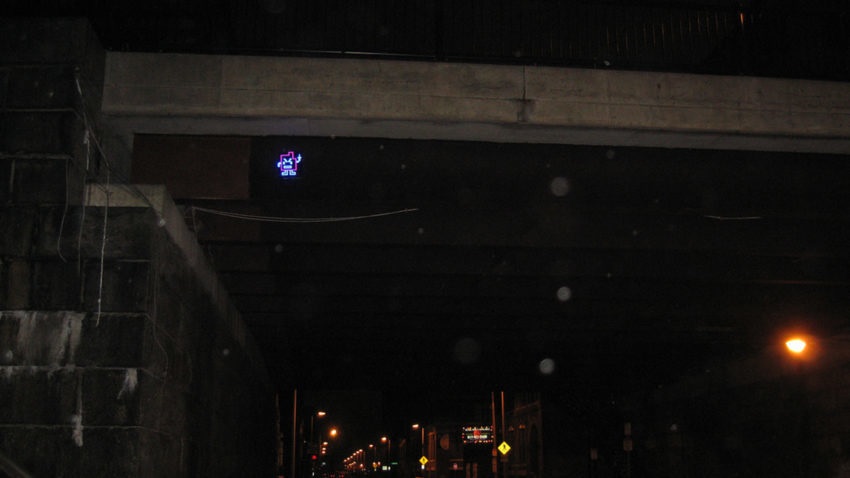 This photo provided by Todd Vanderlin shows an electronic device hanging beneath an overpass in Boston, Monday Jan. 15, 2007. The device consists of light emitting diodes on a circuit board forming the shape of a gesturing character which is part of a promotion for the TV show “Aqua Teen Hunger Force,” a surreal series about a talking milkshake, a box of fries and a meatball, according to Turner Broadcasting, a division of Time Warner Inc. and parent of Cartoon Network. Other similar devices, planted at bridges and other spots in Boston threw a scare into the city Wednesday Jan. 31, 2007 in what turned out to be a publicity campaign for the late-night cable cartoon. Highways, bridges and a section of the Charles River were shut down and bomb squads were sent in before authorities declared the devices were harmless. (AP Photo/Todd Vanderlin)